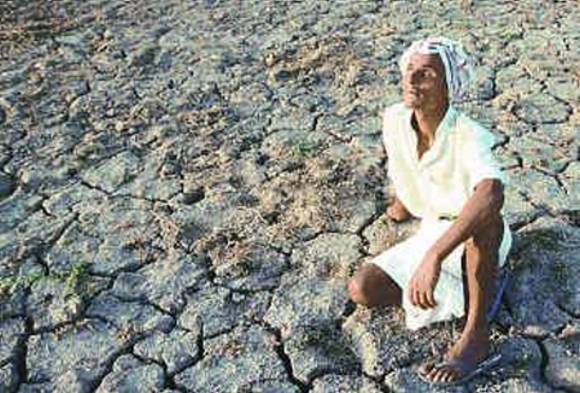 The following article by Kaveri Rajaram Indira, an activist and a close supporter of New Socialist Alternative (CWI-India). Kaveri recently visited the families grievously affected by the recent peasant suicides, here is a glimpse of the real problems faced by millions of others throughout India.

Capitalist Globalization is a death trap in rural India

In Tumkur district of Karnataka (close to the state Capital – Bangalore), a spate of 10 peasant suicides in the year 2011 has prompted some alarm over an issue affecting millions more peasants who are still alive and struggling. A group of us, that included six people in all, traveled to visit each of these families to understand the root causes of these suicides.

The beneficiaries of globalisation are MNC’s

The peasant families that we met typically had farm holdings consisting of a few acres of dry, rain-fed land. No one could afford irrigation facilities and these were clearly not being provided by the state. The main crop being grown were peanuts, and all the farmers stated that their crop had failed for the last few years. The main cause, they felt, was the drying up of existing water sources. Wells were drying up, the rains were getting sparser than before. When they tried going deeper they were only getting water with high fluoride content, which destroyed the fertility of their farms. Many of them had spent tens of thousands of rupees digging bore wells which failed, incurring huge debts as a result.

Down with Neo- liberalism which is impoverishing the peasantry and the urban poor!

In some cases, the farmers were also being cheated in an ingenious way by multinational companies growing Gherkins. These companies covered all input costs, but compensated farmers for their labor in an arbitrary manner, based on claims that the Gherkins they grew were not up to their standards of size or shape. Since Gherkins are not consumed locally, they were at the mercy of the companies as their sole consumer and were bound to accept whatever sale price the companies fixed.

Every one of the families we visited said that the only worry of the family member who committed suicide was the crushing debt they had incurred and tension over repaying them. Some families even showed suicide notes as clear proof of this fact. Debts had piled up over five main issues: failure of crop due to irregular rains and a lack of irrigation facilities – leading to the loss of half a lakh (Rs. 50,000) on input costs; digging bore wells to compensate those that failed, each costing another half a lakh of rupees; crushing costs of health-care for major secondary and tertiary treatment; the costs of privatized higher education of children, especially male children, as an investment towards eventually making the kind of money that could possibly pay off their debts; and, tragically, the costs of marriage borne by the parents of female children, also amounting to about half a lakh. In one case, the debts were incurred over the payment of upto Rs. 30,000 over the years for religious yathras organized locally. The debts were incurred from banks, from consortium’s of merchants referred to as ‘mandi loans’, various ‘stree shakti’ type womens’ Micro finance- self-help groups, and ‘hand loans’ or personal loans from local rich farmers and relatives. All these loans carried compounding interest, which broke the confidence of the peasants who took the extreme step of committing suicide

The families’ demands to the government are mostly a job for a family member. The families have received no compensation for the loss of their family member. The situation which these farmers find themselves is based fundamentally on the destruction of farming as a means of livelihood, based on the depletion of natural water sources and the takeover of cash crop farming by predatory corporations. The government’s response, as usual, apart from not even meeting the immediate needs of the grieving family, is even more far removed from addressing immediate major concerns in agriculture today, such as reforming the system of water use and agricultural support to farmers, in addition to addressing the livelihood and compensation concerns of individual peasants.