Given the COVID-19 situation, though not with the same enthusiasm, nevertheless the entire world celebrated workers May Day recently. Ironically, here in India in the same month of May, antithetical to the ideal of May Day the major states of India moved to destroy the hard-won gains of the working class. The states ruled by BJP have amended the labour laws heavily favouring the capitalist class. The other state governments in India are also planning to implement these draconian changes in labour laws. read more

The Crisis of Indian Capitalism 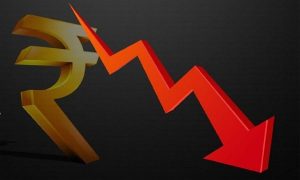 The crisis of Indian Capitalism – Part 1

The buzz created by Modi’s announcement of 20 lakh crore*/** package didn’t last long. Very next day after the theatricality of announcing meagre contents of the package in 5 tranches to make it appear bigger was done on 17th May, the stock market crashed by 1000 points. Many articles and commentators have thoroughly exposed the package which is nothing but a hodgepodge of many irrelevant announcements meant to deliver an aggregated amount of 20 lakh crore. */**

What is however much more relevant is the kind of indicators we get about the policy orientation of this government. That would help us to understand the future trajectory of Indian capitalism. its bearings on social crisis and subsequent class struggle. One of the key features of this package is its acute lack of any focus and coherent action to address the current situation. It would be tempting to lay the blame solely on this government. And no doubt it is responsible for such shabby handling of the matter. However, more importantly, such lack of any coherency characterises the acuteness of the crisis of Indian capitalism. Hence it is important to analyse current juncture from this perspective.

Policy orientation-Fiscal Orthodoxy-
Fiscal orthodoxy has been like a holy cow for neo-liberalism and held sway for almost 4 decades now. Corona epidemic has at least partly changed it and many capitalist governments from advanced countries too resorted to fiscal mechanisms to stimulate the economy. It appears different with the Modi government. The total fiscal outflow of the overall package is hardly going to exceed 2 lakh crore*/**. While a section of bourgeois economist including Raghuram Rajan called for larger fiscal measures advising government not to hesitate to even err on the side of fiscal deficit, other section strongly opposed such a view. Former Reserve Bank of India (RBI) Governor Duvurri Subbarao in his article1 in Indian Express on 15th April commented “Unlike rich countries which can throw the kitchen sink at the crisis, we can’t afford to ignore the risks of fiscal excess of that magnitude, no matter the compelling circumstances. There will be a heavy price to pay down the road by way of inflation and exchange rate volatility.” Appears those arguing for conservative fiscal approach got it their way.

Supply-side measures –
Acknowledgement of weakness on demand-side was one of the major reasons for the bourgeois economists to call for higher fiscal stimulus. Lockdown and subsequent closure of economic activity have frozen markets and demand that was already low dipped much further. The higher fiscal stimulus would boost the demand helping economic revival, they argued. Notwithstanding such arguments, the government has chosen to take supply-side measures. Excluding RBI intervention, the biggest part of the package is in the form of full or partial guarantees. Micro, Small, and Medium Enterprises(MSME) sector have been extended with a full guarantee on collateral-free loans of 3 lakh crore*/** (Rupees Three Trillion)package. Similar guarantees but partial have been extended to Non-Banking Finance Companies (NBFC) and few more sectors. Micro, small enterprises that form the bulk of Micro, Small, Medium Enterprises (MSME) have hardly any financial muscle looked for some sort of direct assistance to revive operations but nothing of that sort was promised. The overall approach of the government has been to adopt supply-side measures to facilitate and boost economic activities and revive economic output through this.

Growth through private investment –
Not just fiscal orthodoxy, but overall policy orientation as could be made out from the package is towards further boosting neoliberal policies to attract private capital and achieve GDP growth through that. Announcements in 4th tranche were specifically targeted towards this. Govt has hiked FDI limit in defence manufacturing to 74%. Privatization of six airports, opening up of more airspace, allowing private capital commercial coal mining were few more such announcements that aimed to boost the private investment. Finance Minister also announced that only a few sectors marked as the strategic sector would have a thin presence of public enterprises while for others those would be sold out. Agricultural markets system will also be opened up for private players. All these are quite major policy decisions and could have far sweeping effects. With such liberalization, the government aims to boost private investment and achieve GDP growth.

Interventions in Finance Markets –
The most significant part of the package is a liquidity injection of 8 lakh crore*/** by RBI. This forms almost 40% of the whole package. To include it in the package is, of course, deceptive as such monetary measures by RBI are very much part of the integral role of the central bank and has no fiscal aspect associated with it. Nonetheless, these are major interventions. Even before Covid-19 crisis, RBI started its operations from Feb and has been blazing with all guns since then. Through changes in reverse repo rates, Cash Reserve Ratio(CRR) limit in March, it has injected liquidity of 3.74 lakh crore*/**. Yet another unusual tool used by RBI was Long Term Repo Operations (LTRO) amounting to 1 lakh crore as targeted liquidity for investment in the bond market. It also promptly opened up liquidity tap of Rs. 50,000 crores** especially for mutual funds after Franklin Templeton closed six debt funds. Thus, RBI has been frantically intervening in financial markets to avert any crisis.

India: Fighting the curse of capitalism and coronavirus 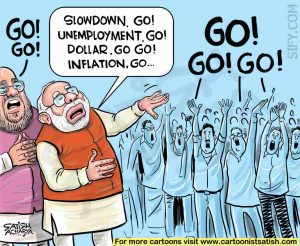 As is the case the world over, the coronavirus crisis has exposed all the inadequacies, incapacities, and the insoluble contradictions of India’s capitalist state. In popular terminology, India is labelled a “democracy” because the world’s ruling class wants people to believe that their system is thriving and going forward in every corner of the globe. read more

In the past two weeks, since the Citizens Amendment Act (CAA) was rushed through the Indian Parliament, there has been a massive eruption of anger and dismay. The agitation and mass protests across India are unprecedented and spreading like wildfire. The machinery of state is in disarray; the police in several states have no idea what to do and are resorting to brutal violence against the predominantly youthful protesters. Bans on demonstrations are being defied. read more 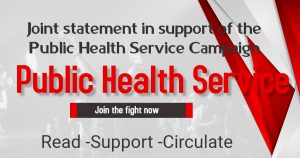 Error type: "Forbidden". Error message: "The request cannot be completed because you have exceeded your quota." Domain: "youtube.quota". Reason: "quotaExceeded".

Did you added your own Google API key? Look at the help.

Check in YouTube if the id UCaF_I-mRUn8wM7_fYZP6gkQ belongs to a channelid. Check the FAQ of the plugin or send error messages to support.