“Democracy”, their Morals & Ours

Jagadish G Chandra (New Socialist Alternative CWI-India) participated in a TV panel discussion on the issue of Cabinet bringing in an ordinance to overrule the Supreme Court judgement to bar Convicted legislators from active politics. As always happens, Cde. Jagadish was hardly given any time to elaborate the points. Here are the notes explaining New Socialist Alternative position on the issue. read more 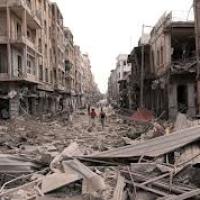 Local and global powers fight for power and oil

The agreement between the US and Russia on Syria’s chemical weapons does not mean that the war is over. While Kerry hugged Lavrov in Geneva the fighting continued.

The agreement represents a sharp reversal for US imperialism. President Obama and Secretary of State John Kerry tried for weeks to persuade both US allies and public opinion in the US that a military attack on Syria was absolutey necessary. read more 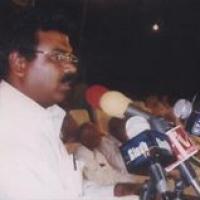 Will Pheku get in? Modi Factor & the Indian General Elections 2014

At long last, the BJP finally unveiled on 13th September, what was known all along, its Prime Ministerial candidate for the 2014 general elections. Narendra Modi, the current BJP Chief Minister of Gujarat, who has never really hidden his PM ambitions has trumped over his rivals within the BJP and this would not have been possible without the crucial backing of its parent organization – the right wing, rabid Hindu nationalist and racist Rashtriya Swayamsevak Sangh (RSS). read more 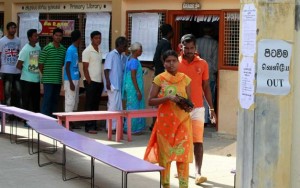 The following article appeared in the Colombo Telegraph written by TU Senan, International Co-ordinator of Tamil Solidarity on the recent elections held in Northern Sri Lanka.

‘It’s a ghost of the past,’ shouted the media in the south. The northern media, however, was relentless in creating the ghost of a new future. read more