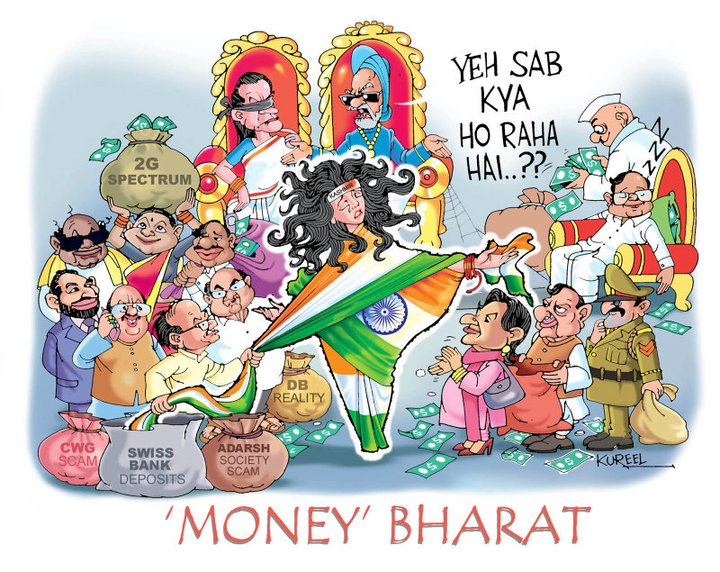 Upon a time when India was ruled under the Nehru-Gandhi dynasty, with a government duly appointed by Empress Sonia Gandhi called the United Progressive Alliance (dominated by the Congress faction) headed by Prime Minister Manmohan Singh and a coterie of like minded Ministers, the Empire was facing turbulence and upheavals on all the fronts – social, economic and political. But with an ageing Prime Minister who was hardly in control of his government and a political class more keen on looting its subjects in alliance with the rich elite and the rural landlords, there was a complete vacuum of leadership in the Empire. Thus, faced with famine like situation with over 250,000 peasants killing themselves, 42% of its children hungry and malnourished, 77% of the subjects living in poverty and the rich only getting more richer; revolts and rebellions started to manifest itself in all parts of the kingdom.

The biggest challenge the Empire faced, despite its reach spreading beyond its frontiers and having one of the largest armies in the world, was it hardly controlled much of its own territories. Thus the stability of the Empire depended on sharing of power between the local chieftains and Her Majesty Sonia Gandhi’s government, which was never stable and was always mired by infighting. 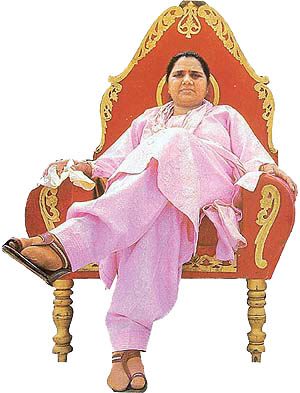 The biggest grouse that was nurtured by the empire was its inability to regain control of its most precious territory – Uttar Pradesh (UP), being one of the most populous regions as well as one of the key territories that determined the stability of the empire. What piqued Her Majesty’s government even more was that this territory was located just outside of Delhi – capital of the Empire and ruled by a lady chieftain named Mayawati, who came from an extremely backward community.

Despite all their prowess, nothing could unseat this chieftain, who despite being corrupt and succumbing to all vices that comes with power, commanded support amongst many backward communities. These backward communities all across the empire, from times immemorial, had been subjected to extreme exploitation and some of the degrading practices that could be imagined, and had to accept this as their per-ordained fate according to religious scriptures.

Nothing much had changed in the Congress era except that many of these backward communities were not prepared to accept this injustice any more and had risen everywhere in revolt which resulted in granting of some concession by different Congress rulers. The end result: Mayawati espousing this cause had managed to wrest control of one of the most important territory of the empire. This fact was something very difficult for Her Majesty government to digest, but were powerless to do anything about it. 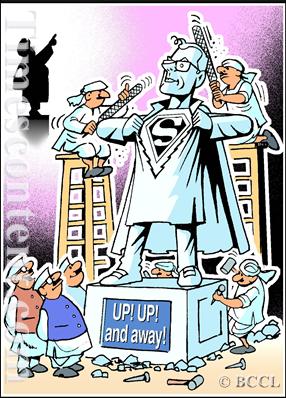 But for the Congress pundits who had feared the worst, their minds were put to rest with the arrival of the heir apparent and the Prince- Rahul Gandhi. But unlike the previous Congress Emperors and Empresses who were battle hardened and had earned some respect amongst the people, this prince was a novice and had hardly ever fought a battle. Nevertheless keen to establish his mark and regain the lost pride of the empire, he declared war against Mayawati.

But the going was not going to be easy for the prince since conducting battles was not just about two armies fighting with each other any more. It also entailed gaining support among all communities in the territory, which was not an easy task. The key to victory lay in gaining support amongst some of the most important communities of UP that included the so called forward as well backward communities. The biggest problem for the Prince was that he did not enjoy support from any of the big communities, due to the past bad deeds of the previous Congress rulers.

Nor did his problem end there. There were others who very much desired to see the present chieftain Mayawati overthrown and the most powerful among them was the erstwhile chieftain of Uttar Pradesh – Mulayam Singh Yadav, who claimed to represent another backward community, but was vanquished by the present ruling chieftain – Mayawati in an earlier battle. Not only was the ex-chieftain desiring revenge but was keen on re- establishing his rein with no desire to share it with the Congress Prince. And then there was an umbrella group of Hindu religious fanatics and obscurantists called the BJP, that constantly harked upon the golden Hindu age and building a grand temple at Ayodhya. But today with a host of leaders fighting with each other to be kings and queens, no one took them seriously any more.

Apart from the big four – Prince Rahul Gandhi, the present chieftain Mayawati, the ex- chieftain Mulayam Singh Yadav and the BJP (with no leader worthy of stature), there were other groupings but none were as powerful and usually kept trading alliances with the big four.

Thus the Prince began his battle preparation in earnest and did not miss an opportunity to demonize his opponent and principle rival Mayawati at every given opportunity. He tried to prove himself as the messiah of the people in times of need. But behind all the theatrics nothing really changed on the ground.

No doubt the present chieftain had certainly erred during her years of misrule, preoccupied as she was in bathing herself in gold and silver, and building statues of herself across the length and breadth of her kingdom, while her subjects continued to be mired in poverty.

The Prince also tried to malign his opponent on her credentials of uplifting her own community. Thus he visited the homes of many of these extremely backward communities and played the façade of living with them, eating with them and so on. But as always, everything was stage managed by the so called learned pundits of the Congress, whose only aim was to topple the present chieftain from the throne and put one of their own in place without any real change on the ground. And the Prince whose only dream was crowning himself ‘Emperor of India’, was prepared to go to any lengths to earn himself the title. But despite all his sacrifices and winning a few skirmishes with his opponent, his principle failure was a lack of substance in his campaign as a whole.

In the meanwhile, the other principle contender to the UP throne – Mulayam Singh, had already produced his own version of Prince Charming, his son- Akhilesh Singh Yadav. Unlike Prince Rahul Gandhi forces whose only strengths lay in the virtues of the Nehru-Gandhi dynasty, the new Prince had started to stitch an anti-Mayawati alliance with various communities of Uttar Pradesh by way of promises of grants, prominent positions to various caste- community leaders in his ministry and most crucially started to eat into whatever princely charm Prince Rahul Gandhi exemplified. Thus unknown to Prince Rahul Gandhi, this Akhilesh had already built a force on the ground, with all his muscle-men and goons reinvigorated with the idea of terrorizing and looting the populace of UP, as in the olden days.

As far as chieftain Mayawati was concerned, instead of working towards uplifting her people and expanding her influence to other territories, she locked herself in her palace and remained inaccessible to even her most loyal supporters. This only gave more credence to her opponents who made a hue and cry over her wealth accumulation (while conveniently masking their own wealth accumulation during their time) and ganged up on her. 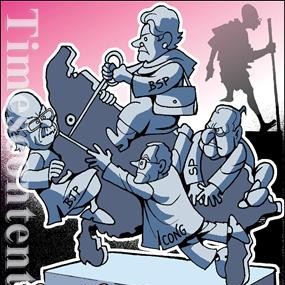 At last the time for battle finally came, all the forces ranged against the chieftain Mayawati opened up their own fronts against her. The battle was fought in seven phases and each battle was fiercely fought. Predictably, the incumbent chieftain was toppled from her throne. But this did not mean that all her opponents were victorious.

While the Mayawati certainly lost the battle, her forces did manage to decimate two of her principle opponents – Prince Rahul Gandhi and the BJP. But her forces were no match for the overwhelmingly superior force of Akhilesh Yadav that simply routed Mayawati’s forces.

Despite all the hype created over Prince Rahul Gandhi, it was the new prince charming – Akhilesh Yadav, who had the final laugh. As a reward, he was crowned ‘Chieftain’ of Uttar Pradesh by none other than his father and the ex- chieftain – Mulayam Singh, who had already started making plans for capturing the Delhi throne – the seat of the Congress Empire.

As for Prince Rahul Gandhi, it is not merely a question of introspection about why his forces were defeated. His own future and his big dream of being crowned future ‘Emperor’ now lie in serious jeopardy. And as far as BJP was concerned, its defeat was a forgone conclusion from the very beginning itself, which even its ideologues are not prepared to dispute.

Moral of the Story

But as the saying goes “those who fail to learn from history are doomed to repeat it”, Her Majesty government continues with the same old policies as if the show must simply go on! Thus the question at this crucial juncture of Indian History, what about the future of the Congress Empire? Does it have any chances of survival at all? With the chances of it looking dim everyday and none of the new wannabe Kings or Queens having any clue on addressing the problems of its citizenry, their sole motto seems to be hell bent on capturing power and looting the public treasury.

And the final question, if the answer is no to all these new age avatars of Kings or Queens, then what can replace them? While the answer is only beginning to emerge, let us not be doomed into thinking that: There is No Alternative.