As the tragedy of the nuclear disaster in Japan unfolds, nothing is more ridiculous than the defence put forward by the Indian ruling establisment in favor of nuclear energy as the energy of the future. From the Prime Minister to the environmental minister down to the scientists & bureaucrats connected to the nuclear establishent; all stand united in espousing the cause of nuclear energy, with arguments ranging from idegenous nature of the Indian nuclear industry to the remote possibility of an earthquake/ tsunami affecting the Indian reactors & all sorts of in build mechanisms to safe guard the reactors etc…etc. read more

Red, red is the colour of their silk

One of the consequences of the liberalization of the Indian market during the post 90’s was the resulting heavy indebtedness of the Indian peasantry that has led to over 200,000 farm suicides in the last 14 years alone! While it was partying time for the rich & upper classes of the Indian society, to the vast majority of the Indian populace particularly the peasantry, it was unfolding of a nightmare of having to live through these pro market reforms where a combination of factors including lack of land reforms & redistribution, the mindless promotion of green revolution technology with focus on cash crops & high input driven (polluting) agriculture, signing of the WTO & GATT by the govt. in 1995 etc., have all led the the Indian peasantry into sort of debt trap leading many of them to take their own lives rather than be bonded to their patrons – the money lenders, banks, input suppliers, landlords etc. read more

Get ACTIVE TODAY so you need not be RADIO ACTIVE TOMORROW ! 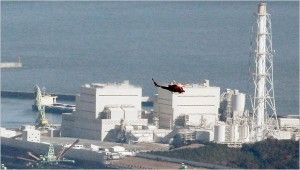 As the news of the terrible earthquake and Tsunami in Japan, having left thousands of lives devastated, has started to pour in, it is with equal concern that we should note the deadly explosion that occurred in the Fukushima Daiichi nuclear power plant as a consequence of the earthquake. If anything, this nuclear accident exposes the fault lines that exist in nuclear power generation plants in consequence of which people will be affected for generations. read more 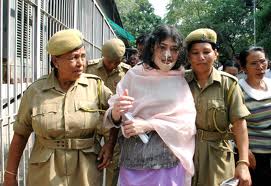 Extraordinary stand against the brutal state and draconian powers

The struggle for the emancipation of women from sexism and for social-political and economic equality continues in various valiant fights all over India. But on the occasion of International Women’s Day, 2011, the extraordinary struggle of one woman against the brutal Indian state and its draconian powers needs to be brought out. She has taken on the might of the Indian Army single-handed with her determined fight. read more

“You celebrate International Womens’ Day, while we smash our cerebrals to a speeding train”

This seems to be the message of challenge to the fighters of women’s causes and more importantly to the plethora of unions claiming to fight the injustice against garment workers particularly women.

In a shocking instance (just three days before the celebration of International Women Day this year) to the kind of desperation faced by women garment workers, four dismissed garment workers of   Choice Apparels/Novacraft, a garment manufacturing factory off Mysore Road (one of the garment industrial belt in Bangalore), took the extreme step by attempting a group suicide on a railway track. While three of the women were dragged to safety by the timely intervention of the railway workers and passers-by, Aarti, a 20 year old women, was not so lucky and died on the spot hit by a speeding train. read more