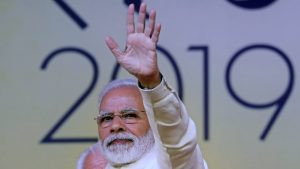 The ruling Bharatiya Janata Party (BJP) may suffer from memory loss, but we the people – the ruled – unfortunately have very strong memories. The last five years of Modi’s abhorrently casteist, brutally capitalist and cut-throat communal regime have rammed home clearly: how not to govern a country of 1.34 billion people. It is nevertheless hard to believe the cacophony with which the rich and powerful, and even the middle classes, are rooting for Modi’s return to power.

The huge exercise of India’s 2019 General Election is under way, across its 29 states and seven Union territories. The Parliamentary General Election in India is a gargantuan one with over 900 million voters – by far the largest electorate in the world. In excess of one million personnel will be on duty in around 1,035 million polling booths. Voting started on April 11 and takes place in seven stages. Four are over and the last polling date is May 19. All the votes to elect 543 members of the Lok Sabha, the lower house of the parliament, will be counted on May 23. read more