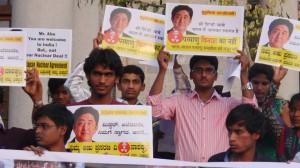 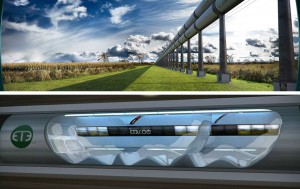 The recent announcement by the billionaire businessman – Elon Musk on design plans for the ‘Hyperloop’ transport system could well be one of the prototypes in the future of high speed travel. Elon Musk, who is best known as the founder of PayPal, Space X and more recently for bringing out the all electric car – Tesla X, set the media buzz when he claimed a few months back that he had plans for building the super-fast ‘pneumatic’ tube transport system which could cover the distance of 615 Km between Los Angels (LA) to San Francisco (SF) just under 30 min at speeds of over 1000 Km/hr and even higher for longer distances. read more

Capitalism Has Failed the Environment

This past September saw the lowest amount of Arctic summer sea ice recorded in 33 years of measurement. Climate change experts warn that the Arctic could be ice-free as early as 2020, 30 years earlier than the last estimate published in 2007. A complete loss of summer sea ice has devastating consequences for not only the fragile Arctic ecosystem, but also the entire global population. read more

A crisis that was in the making for a long time & now both the city administration (BBMP) and the state government is clueless on how to solve the garbage crisis that has gripped the city for over two months now (so much so that it has now made it to the New York Times!). It is not as if there is no solution at hand and the government has after tremendous pressure taken a few steps, but the magnitude and the scale of the crisis is just too overwhelming to be solved in a few days time. read more

The following article appeared in the Times of India, national daily, highlighting the support of the world renowned scholar and activist – Noam Chomsky, in support of the anti-Kudankulam struggle. The article also mentions the statements of other supporters of the anti-nuclear struggle from the poster statements that have appeared in the countercurrents.org website. This includes statements from CWI supporters such as Lucy Redler (SAV– Germany), Paul Murphy (MEP, Socialist Party- Ireland), Siritunga Jayasurya (United Socialist Party- Sri Lanka) and TU Senan (International Co-ordinator – Tamil Solidarity). read more