Report on Dr. Binayak Sen talk on “Equity, Well Being and Public Policy”

Dr. Binayak Sen spoke recently (19th Jan 2012) at Sixth Henry Volken memorial lecturer, Bangalore. Firstly he spoke on the shocking socio-economic conditions of the poor in India and the callous attitude of the government – the death in North Bengal of 9 people due to starvation: a forty year old pregnant women denied admission in two government hospitals & only to deliver the twin babies on the streets; Sharad Pawar statement on Right to Food Security Bill “We cannot take responsibility to feed every mouth” & finally the PM statement on 42% malnourishment in children as “national shame”. read more

Sharmila Irom & the Struggle Against AFSPA 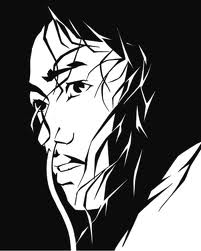 As the momentum towards building a nationwide campaign to pressure the Indian government to repeal AFSPA continues, such as petition campaigns which has been submitted to the President of India, Indian ruling class shows no sign of relenting. On the 10th December Human Rights Day, the government prevented the yearly symbolic solidarity dharna (sitting) in support of Sharmila Irom at Jantar Mantar (well known protest point in Delhi). read more

The following article is a report on the ongoing strike by workers’ at a textile unit at Naroda, near Ahmedabad (Gujarat) as reported by Parag (Krantikari Naujawan Sabha) who alsong with a team of activists recently met up with the workers. The plant is owned by none other than the Indian Multinational giant Reliance conglomerate. Being one of the most industrialised states and headed by , BJP’s Narendra Modi who is well known for instigating the communal riots in 2002, the captains of theIndian industry along with the support of the political establishment (both BJP and the Congress) have created a media hype of mythic proportions on Gujarat under the slogan of “Vibrant Gujarat”. read more

Mayawati & the UP elections 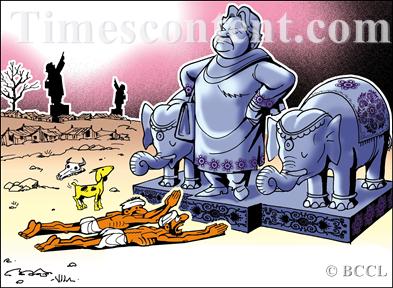 The following article is written by Joy Bose (a close supporter of the New Socialist Alternative – CWI India) on the ongoing assembly elections in Uttar Pradesh (UP), focussing mainly on the Mayawati’s BSP government record in office.

None of the illusions over Mayawati’s 2007 election victory euphoria remain, even among her core support base. With the sort of majority she commanded, she could have easily challenged the political hegemony of the upper classes/ castes in Indian society. Instead she has only re-enforced all the old stereotypes by building a cult around herself besides indulging in massive loot of the public money. read more

Life of Nurses in India is a cursed one

The following article is written by Nissar Adoor, a male nurse working in a corporate hospital in Delhi and relates to the recent upsurge in nurses protest in the mainly corporate/ private run hospitals. Inspired by the events like the Arab spring in the Middle East and Occupy Movements, nurses working in many corporate/ pvt. hospitals in India often under highly exploitative conditions, decided that enough was enough. read more