International Women’s Day 2011: Why we have to organize and fight back 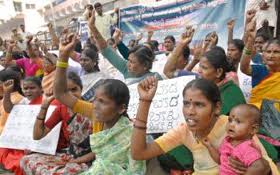 Unless and until the women are emancipated from the clutches of landlord-ism and capitalism which forces them to be mere sex objects and targets of exploitation;  there is no escape from the hard reality that the “change” that we the socialists/activists envisage is a far cry. Inclusion and participation of women in all revolutions of yester years and the present on going ones was and  is the crucial battering ram for the success of the Socialist change world wide. Though there are many differences and social impediments from continent to continent, from country to country and from society to society the common thread of struggle against oppression is what unites us in the battle against capitalism in the end. From what is happening in west Asia, Africa and very importantly the middle east, is imperative in the coming revolutions that women play the pivotal role along side the working class and other exploited sections of our societies. This statement on the occasion of International Women’s day,2011 by the Committee for a Workers’ International- CWI (New Socialist Alternative- India is the section of the CWI) is being published for the benefit of our members,supporters and readers to take the struggle forward, here and now!
read more 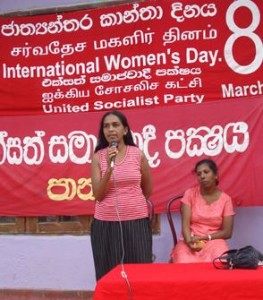 March 8th the ‘International Women’s day’ this year is remembered and celebrated at the time, when people in most of the countries are fighting for democracy. A large number of women in the Arab countries are in the forefront in these epoch making struggles. read more

Campaign against AFSPA in Solidarity with Sharmila Irom 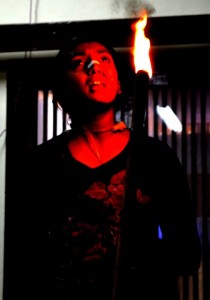 As part of a broader initiative under the banner of  Peoples’ Solidarity Concerns – Bangalore, New Socialist Alternative (CWI – India) was involved in a week long campaign in Bangalore in the first week of February in solidarity with the 10 year old fast being undertaken by Irom Chanu Sharmila, a Manipuri poet & activist, highlighting the draconian Armed Forces Special Powers Act (AFSPA) & the simmering nationality question in India. read more