Devil is Replaced with Another

Tamils in Sri Lanka had turned up in thousands to cast their votes against Mahinda Rajapaksa. After a decade of repression the sudden relief of getting rid of this war monger become an immediate feeling of the majority of Tamils in Sri Lanka and in the Diaspora. Having voted to get rid of monstrous Mahinda most will agree that the result makes no major change to their aspirations – one devil is replaced with another.Thousands followed the most anticipated election closely, various likely scenarios were discussed but no-one expected Mahinda’s to accept defeat so silently.Heavy military presence, in the name of keeping a peaceful election, was visible in the north and east. There was a sense of fear which spread among those who went to the polling stations.

There are number of questions still hang in the air. Both China and India had sent in their congratulations. Will the replaced government continue its close ties with them? Newly elected Sirisena has insisted that Sri Lanka will continue to build close ties with China, India, Pakistan and Japan equally. At the same time United State Secretary of State John Kerry expressed their desire to work closely with new ‘regime’. US in the past backed UNHRC led war-crime investigation against Mahinda regime. However, Sirisena now promised to protect Mahinda. The political situation in Sri Lanka is looking uncertain. read more

Socialist candidate challenges all other forces

Among those who oppose the government there is an overwhelming feeling that the opposition should stand together somehow to defeat Mahinda Rajapaksa. You also oppose the Rajapaksa regime. How come you are standing independently? read more

Telangana: the history, the course and the implications

Ironically, the issue of separate Telangana can be traced back to the time when the people of Andhra, part of the erstwhile Madras state were themselves agitating for the formation of a separate Andhra state, the movement reaching a peak with the death of the revolutionary Potti Sreeramulu after a 52 day fast in 1952. The First States reorganization committee that was subsequently formed in 1956 decided to redraw states on the basis of linguistic identities and formed the state of Andhra Pradesh based on a Telugu identity. read more 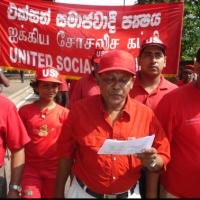 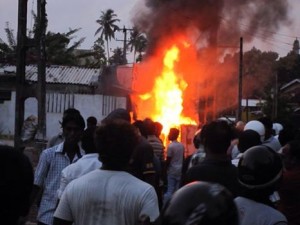 We need to condemn this in unequivocal terms through mass protests all around the world. The New Socialist Alternative (CWI-India) through its Tamil Solidarity campaign will be approaching other like minded groups and parties to come together for a massive protest in various parts of the country in the very near future. read more