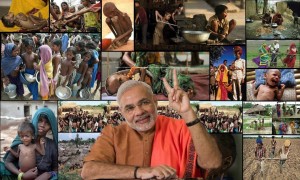 The wage rates of casual and regular workers of both men and women workers in rural and urban areas are very low compared to other States. As per the latest National Sample Survey Office statistics, the daily wage rates of casual men and women workers in rural areas are lower than the corresponding rates in India, with the State ranking 14th (Rs.69) and ninth (Rs.56) in men’s and women’s wage rates respectively among the major 20 States. In the case of urban casual workers’ daily wages, the State ranked seventh (Rs.109) and 14th (Rs.56) for male and female wage rates. In the case of regular rural workers also the State ranked 17th (Rs.152) and ninth (Rs.108) in the male and female wage rates respectively. The corresponding ranks for urban areas are 18th (Rs.205) and 13th (Rs.182) respectively among the major 20 States in India. According to NSSO 2011 figures about 98 per cent of the women workers and about 89 per cent of the male workers in the State are engaged in informal work .

The NFHS-3 tells us that 47 per cent of children below the age of three in the State were underweight. That figure was 45 per cent in NFHS-2. That’s about twice the average for sub-Saharan Africa. It is also marginally higher than the nationwide average of 46 per cent. The percentage of Gujarat’s children who are ‘wasted’ also went up from 16 to 17 per cent between the two NFHS surveys.

According to statistics from a report of the Ministry of Statistics and Programme Implementation, “Children in India, 2012—A Statistical Appraisal”, between 40 and 50 per cent of children in Gujarat are underweight, which bursts one more myth in Gujarat’s story of growth. Other States in this low weight category are Meghalaya, Chhattisgarh, Uttar Pradesh and Odisha. Human Development Report 2011 said around half of Gujarat’s children were malnourished.

• Gujarat is the 7th worst state in adult men having a body mass index of less than 18.5.

In its 2012 State-wise report, the United Nation’s Children’s Fund (UNICEF) said, “Almost every second child in Gujarat under the age of five years is undernourished and three out of four are anaemic. Infant and maternal mortality rates have reduced very slowly in the last decade…. One mother in three in Gujarat struggles with acute under-nutrition….”

• percentage of reduction of poverty :

Statistics of the NSSO show that the percentage of reduction of poverty between 2004 and 2010 was the lowest in Gujarat, at 8.6 per cent.

According to Census 2011, 43 per cent of the rural households in Gujarat get water supply on their premises and 16.7 per cent get treated water from a common tap

The data show that 67 per cent of rural households in the State have no access to toilets and members of more than 65 per cent of the households defecate in the open, very often polluting common water sources. Waste collection and disposal are matters practically unheard of. The State ranks 10th in the use of latrines

Anything over 70 on this index is considered to have crossed critical levels, that is, the pollution exceeds the capacity of the environment to handle it and it becomes a dangerous health hazard. According to statistics from the Central Pollution Control Board, Ankleshwar and Vapi in Gujarat top the list of 88 severely polluted industrial areas in India. Ankleshwar has a CEPI rating of 88.50 while Vapi’s is 88.09. Of the 88 areas, eight are in Gujarat

NSSO data show that in Gujarat , growth in employment has dropped to almost zero in the past 12 years

Gujarat (0.519) stands 11th in Human Development Index among the states in India. Where Kerala(0.790) stands first.

In Gujarat percentage of children between 12-23 months of age who received all recommended vaccines is 45 % . that is in 19th among the states in India.

• Gujarat stands 12th in literacy among the states in india

• In Gujarat percentage of children delivered in hospital is only 55%