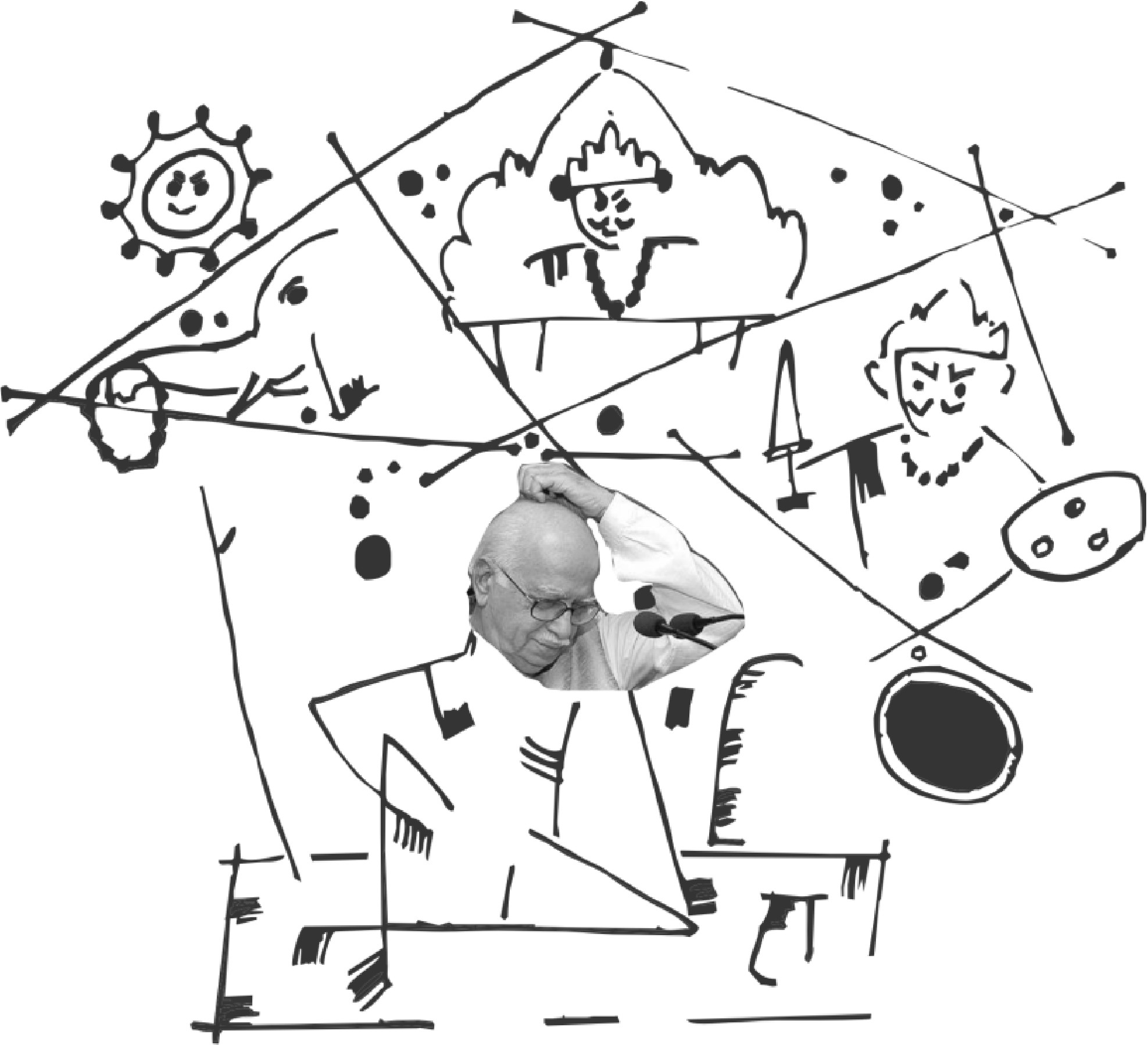 Comparison in politics though always common but not always welcome! The recent BJP’s rath yathra (Chariot Journey) by its “Permanent Prime Minister in waiting” L K Advani brings back to memory especially to those youth in the 1960-70’s the humour and satire behind the Kannada rhyme/ parody called ‘Tirukana Kanasu’ (A Beggar’s dream).

In the rhyme, the beggar dreams of the throne and the hand of the princess, which is comparable to Advani’s plea to his party men to fulfil his lifelong dream of becoming India’s Prime Minister one day. But the real situation of the party is such that it can only be comparable to the pathetic situation of the beggar in the parody. In the Kannada rhyme also, the beggar dreams his fascinating dream in a dilapidated house which is also the case of the BJP today.

While the BJP may flaunt that the yathra was led by its octogenarian leader but the yathra only brought out an aged and a senile leader still nostalgic about his previous yathras that had left trails of blood everywhere. But being conservative outfit that it is, none of the party men dared contradict him and went along with him, which was were like electric shocks to its state party units especially the Karnataka unit.

The predicament of the BJP’s Karnataka unit was open for all to see as this yathra, supposed to be against corruption, could not have come at a more bad time. It was indeed an embarrassing situation for the BJP’s Karnataka leaders who were searching for cover, mired as they are in endless corruption scandals. It was like giving poison as medicine for an already chronic patient. Comparison in politics though always common but not always welcome! The recent BJP’s rath yathra (Chariot Journey) by its “Permanent Prime Minister in waiting” L K Advani brings back to memory especially to those youth in the 1960-70’s the humour and satire behind the Kannada rhyme/ parody called ‘Tirukana Kanasu’ (A Beggar’s dream).

Today Karnataka’s BJP unit is the uncrowned king of corruption scandals. It is only thanks to BJP’s Central leadership that has found imaginary solace in Hindu scriptures as a justification for this suicidal step. The thought process within the BJP’s leadership can only be compared to a beggar who finds no shame in what the world thinks or says about him.

Today, in India there is not a single party that can claim to stand above corruption. All the capitalist-landlord parties are neck deep in corruption scandals, land scams, bribery etc. You cannot differentiate a single one of them as being honest. There can be no capitalism without corruption and any party that supports such a system, cannot but avoid in being corrupt.

Only a democratic socialist system that is based on the needs of the people and imbibes grass root democracy can eradicate this scourge of corruption. To achieve this aim is the challenge before the working people by building a mass political party as the only alternative to this rotten capitalist system.