GST is Goods and Service Tax. Who in reality pays this tax? Industrialist, Traders or we, the working class? GST is an
Indirect tax which is paid by us all. We pay indirect taxes on each and every Goods and services; not just once but daily, every time we purchase something. Right from toothpaste, toothbrush, matchbox, school bags, to mobile bills. We pay a whooping amount of 8.5 lacs crore each year by means of such indirect tax. 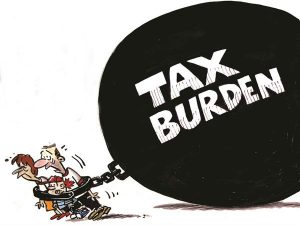 What about taxes on them?

Then what about ‘Direct Taxes’ on income and profits of those capitalists, big traders, real estate barons and investors? Matter of fact is that in past 20 years under the guise of promoting economic growth, these fat cats and ruling class have colluded to bring down their direct tax liabilities and in lieu further and further scale up tax burden on working masses of the country in the form of higher indirect taxes. In past 3 years, Modi Government wiped off wealth tax (which was just 1% ) on crorepatis and at the same time raised taxes on diesel, petrol 4 times higher. As such direct taxes on
businessmen, investors is already a paltry figure and there too they avail tax subsidies running in multi-billions. Though offered as ‘tax incentive’ in reality this has not led to any further industrial development nor generation of employment.

Only thing that has gone through roof is their wealth. Consequently, while in other countries the ratio of direct to indirect taxes is around 65:35, in India it is almost opposite with indirect taxes being so high, contributing 2/3 of total tax collection. 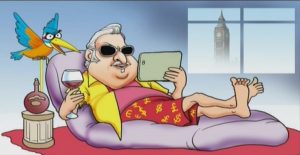 We are paying not just taxes but heavy price of this loot. On one hand government foregoes revenue of billions of rupees in the form of tax subsidies to these filthy rich people and on the other hand, when it comes to doing something for the masses, they shrug of their shoulder cribbing about empty treasury. Obviously this is a fraud and far from true. It is a fabricated situation.

While lakhs of public sector posts are lying vacant, government refuses to recruit them citing the reason of lack of funds.
Notwithstanding the hollow and shallow claims of progress, in reality thousands of villages in the country are still deprived of basic facilities of education, healthcare, means of transport, roads. Only 35% of land is brought under irrigation. Very clearly, the privatisation model could build few express highways, airports, bullet trains -all for wealthy and upper middle class but nothing that would transform or at least make life liveable for billions of working masses. All this would essentially require a massive public investment. It would generate basic infrastructure erecting schools,
hospitals, roads connecting villages, would lead to real industrial development, transform agriculture and most importantly, in the process would generate crores of jobs. This however requires the current policies of government and make rich capitalists, investors living off our labour to pay their due taxes. We appeal you to join this campaign. JOIN US.