The ghastly grin on the Russian President’s face and the subsequent acquiescent mood of the Indian Prime Minister clearly echoes how we have been pledged to the vicious interests of their capitalist gains. The inauguration of 3rd and 4th nuclear reactor units and MOU’s for 5th and 6th units in Kudankulam (in October) shows how the genuine interests of the working people has been quashed mercilessly and the political interests of these state leaders were upheld.

On the outset it appears that ruling government is in jitters that it has been loosing its regional influence (whatever meager it had) in the subcontinent to the Big Momma China. To strike the balance and maintain the polarization of the regional politics in the subcontinent, Modi government feels to appease the Russian federation at the cost of millions of lives.

The ever-neglected lot of fishermen folks in and around Kudankulam, needless to say, have their options running out and getting prepared for the doomsday looming at large on them. Let alone waiting for a disaster, the very occupation of fishing is at cross-roads with the seas becoming warmer and many of the species being driven to extinction through over-fishing and pollution among other causes. While the report tabled by Sumana Narayanan in Climate South Asia Network under the name of “Climate Change and Fisheries” cites that the viable species of fishes are fastly disappearing from its traditional habitats reducing the catch to minimal every year. This clearly juxtaposes the livelihood and risks the fishermen have to face when they have to cross over to the troubled international waters. As like the fishes, even the fishermen of Indian Ocean will soon become extinct, which will vastly benefit the big fishing industries that are already exploiting the ocean bed.

On the other hand, the Indian middle classes is basking on the glory of the recent surgical strikes against alleged terrorist camps in the Pakistani part of Kashmir, failing to realize that they are being betrayed and kept in cauldron of jingoism disguised in the form of the current war hysteria. These amnesiac sections are so convinced to comfortably neglect the disaster that is looming and the dangers of an all out nuclear war. 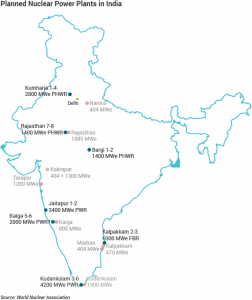 Even otherwise, this pro-rich government is clearing the decks in selling all the public assets to these bullies of capital. Slowly they will make way for several Kudankulams across the country. This is a disaster waiting to happen unless we fight back and clinch the power from these perpetrators of corruption.