History of the Committee for a Workers’ International 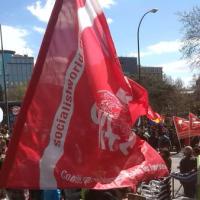 40th anniversary of the founding of the CWI

To mark the 40th anniversary of the founding of the Committee for a Workers’ International on April 21st 1974 we are publishing here three items.

The first is an interview with Tony Saunois, the secretary of the CWI, on the CWI’s history and development that was originally published in sozialismus.info II/2014, the theoretical magazine of the CWI’s German comrades, Sozialistische Alternative (SAV). read more 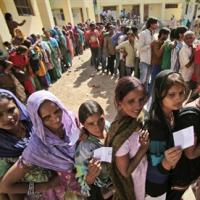 India is halfway through its general election process. It takes five weeks. There are half a million candidates and more than 800 million potential voters. Nearly a million polling stations will have been opened and closed in phases across the country – from the remote mountain areas of Ladakh in the Himalayas and the deserts of Rajasthan to the teeming cities of Calcutta, Mumbai, Delhi and Bangalore. read more 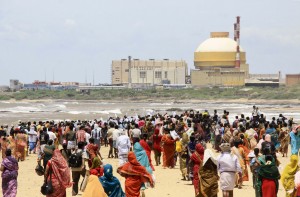 Two decades of opposition and almost 3 years of continuous rigorous agitations against Kudankulam Nuclear Power Plant (KNPP) has been the way of life for the people of the villages near Kudankulam. And now the government has signed another deal with Russia for installing 2 more units in the same facility. The 2 nuclear reactors will be supplied by the Russian state owned company Rosatom. read more 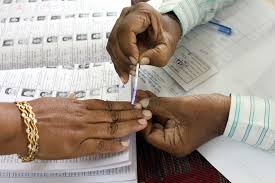 Indeed this General Election of 2014 has churned a lot of heat and debate over the past few months. Barring the hustings soon after the Emergency of 1975, we have not witnessed such a hands on participation of the people in the proceedings of this country’s politics.

While this new awakening of the people can be attributed to many socio-economic-political factors, what is surely the case is, the people both urban & rural are fed-up of mere sloganeering politics while the reality of their lives are abysmally wanting. read more

Tamil Solidarity condemns the ban of 15 diaspora organisations and news website colombotelegraph and the black-listing of around 424 individuals. This reflects the dictatorial nature of Sri Lankan regime and its continued suppression of democracy and all political activities.

Sri Lankan regime is increasingly humiliated regarding the war crimes it committed during the war in 2009. Recently the regime came under heavy pressure to agree to a certain investigation mechanism. A resolution passed in the UNHRC, though it fell far short of any action against the government, marked a propaganda defeat for the Sri Lankan regime. Sri Lanka’s foreign minister Gamini Lakshman Peiris categorically denied any call for cooperation in any war crimes investigation. He declared: “Sri Lanka will not be participating in the inquiry. We don’t accept this inquiry and we will not be part of it”. He also declared that they don’t accept the authority of UN High Commissioner for Human Rights Navi Pillay to conduct an investigation because “Pillay has a prejudged mind” – meaning that she has a Tamil background. Previously another minister in Rajapaksa’s government Marvin Silva said he was willing to Marry Navi Pillay to give her a history lesson. Such is the level of anti-Tamil mentality that exists among the leading members of current ruling regime in Sri Lanka. read more