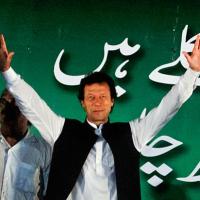 No end to violence in sight

As the killing and maiming of innocent civilians mounted in recent months, so did the rhetoric of negotiation from some parts of the government and the Imran-Khan-led PTI party. The logic, ostensibly, was that the scourge of terrorism cannot be eliminated by force alone so we need to talk. The likes of Ch. Nisar, Federal Interior Minister and PML-N leader and Imran Khan managed to tap into the legacy of General Zia-ul-Haq which lingers in the consciousness of the masses, that as long as someone is raising the slogan of Islam, they deserve some respect from our side. So the strategy was constructed: we will negotiate with the Taliban. read more 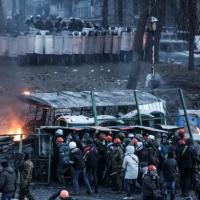 The latest developments in the Ukraine saw the dramatic overthrow of President Viktor Yanukovich and his flight from Kiev. Mass discontent at grinding poverty and a corrupt, brutal regime finally erupted into a revolt in Kiev and many parts of Ukraine last November.

But the lack of a working class alternative allowed reactionary forces, with western imperialist backing, to dominate the protest movement. As a new pro-western regime is being consolidated, ethnic divisions dangerously deepen among the 46 million-strong population. read more

AAP Gov’t Falls, But Not Out

Aam Aadmi Party (AAP) took the dramatic step of pulling out of government on its own on 14th February. The reason it blamed the Congress and the BJP for not allowing it to table the Jan Lokpal Bill (ombudsman bill) in the Delhi Assembly.

The latter in its defense claimed that AAP was not following the due procedure which required the permission from the Union Home Ministry. This it seemed was unacceptable for the AAP as it went against its other main demand for full statehood to Delhi. AAP even went on to claim that its recent FIR against the Reliance’s Mukesh Ambani and Petroleum Minister Veerappa Moily over gas pricing issue was the sole reason for both the Congress and the BJP for not supporting its Bill. read more

Solidarity with the fighting workers of Pradeep Laminators in Pune 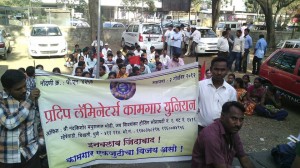 Chakan industrial estate in the north of the city of Pune, India has hundreds of industrial units operating across various sectors, including engineering, automobile and packaging. Pradeep Laminators Pvt Ltd is one of these units. It manufactures flexible packaging material and employs more than 100 workers. read more