International Women’s Day-2012: The fight for fundamental change in society will be led by women 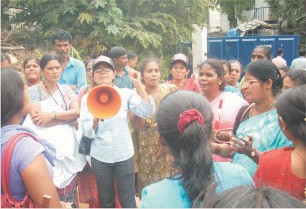 Historically , world over, the women have often played a very militant and successful role in bringing about social reforms and political changes. But in India, the residual effect of landlord-ism and the grotesque capitalist practices, have pushed women to remain just as objects of sexual glorification and machines of reproduction to cater to the needs of the system itself. read more 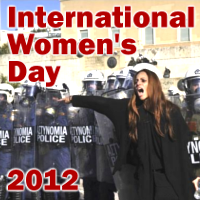 For more than a century, 8 March has been the day to commemorate and celebrate the fight of working class and revolutionary women for a better deal and a socialist society.

Its origins are in the struggles for equal pay and decent conditions amongst women in the USA in the 19th century.

On 8 March, 1857, garment workers in New York City marched and picketed, demanding improved working conditions, a ten hour day, and equal rights for women. Their ranks were broken up by the police. Fifty-one years later, 8 March, 1908, their sisters in the needle trades in New York marched again, honouring the 1857 march, demanding the vote, and an end to sweatshops and child labour. The police were present on this occasion too. read more