India Against Corruption- a Farcical Fiction 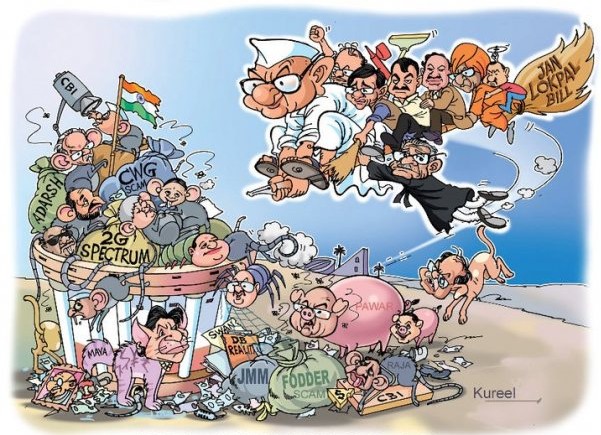 Nothing can better illustrate the theatrical drama that is being enacted in the name of fighting corruption (especially the last fortnight), over the Anti-Corruption legislation termed as the Lokpal (Ombudsman) Bill, than by comparing it to a stage managed play. All the actors, actresses, villains, jokers along with their stage managers and not to forget the audience, everyone are there. Only in this real life drama not only has the script gone wrong, but the whole thing enacted in the name of fighting corruption is no more fictitious than a Bollywood movie – the ultimate opium of the Indian masses today. read more